Back when the original Star Wars was released nobody expected it to be a success. Seriously, why would it be a hit? It didn't have any of the hallmarks of a classic. It wasn't original from a film making perspective, nor was it visually appealing. Who would want to play with those action figures? Mego passed on the option. Well, we know how that went, history and more than 250 million Kenner action figures can speak for themselves.

Once Star Wars broke onto the scene everyone wanted a piece of the sci-fi pie. You got shows like "Battlestar Gallactica," films like "Flash Gordon" and a little known 1979 Disney entry, "Black Hole," which was their attempt at capitalizing on the genre in that traditional Disneyesque style.

Whether you're a fan of the film or the classic 70s aesthetic appeals to you, DST has something to sooth your cravings ... these Black Hole action figures. Featuring characters from classic Disney action films, this assortment of 7-inch-scale action figures includes robot V.I.N.CENT (with B.O.B.) and evil robot Maximilian from “The Black Hole.” Each figure includes multiple interchangeable parts, and the Black Hole robots each include part of a diorama base from the interior of the USS Cygnus. Each comes packaged on a blister card. Designed by Yuri Tming, sculpted by Gentle Giant Studios!

Of course these aren't the only toys ever produced for the space opera, Mego produced a series of figures, both in the 8" and now iconic 3 3/4" lines. Do you notice and inspiration for another popular line of figures? 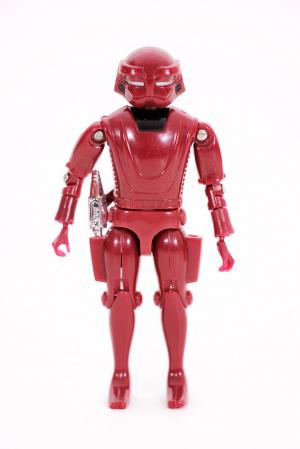 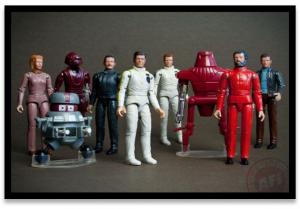 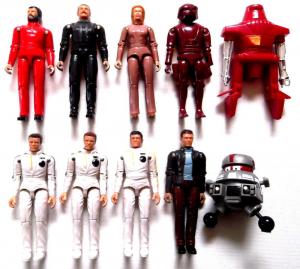