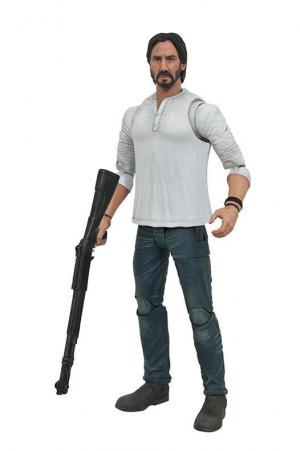 Here is another amazing John Wick figure from DST with estimated availability in Fall 2020. Mr. Wick sports the casual look seen in Chapter 2 and offers a unique take on the character that isn't offered by manufacturers.

Even world-famous ex-assassins need to take a break, and John Wick kicks back in this new action figure based on his non-working look from John Wick Chapter 2!

Featuring over 16 points of articulation, this highly poseable action figure also includes a small arsenal of weapons, as well as some coins to pay for a night at the Continental. It comes packaged in Select action figure packaging, with side panel artwork for shelf reference. Designed by Yuri Tming, sculpted by Gentle Giant Studios.