We have seen a lot of amazing John Wick action figures in recent years. Namely those produced by DST have turned heads here at the Toy Keeper's Lair when you are in the market for 6" highly articulated figures. But none can compete with the expert craftsmanship of the toy makers at Hot Toys.

Few can hold a candle to the skill of their sculptures and when you have Yulli producing the head sculpt there is little any company can do to compete. Add to that the painting skills of JC. Hong and you have a nearly unbeatable combination, one that has produced the most realistic Keanu Reeves to date. This is not just the ultimate figure if you are a John Wick fan but the ultimate for Keanu fans as well.

Hot Toys is known, not just for their expert sculpting but their tailored clothes as well and that skill really shines with this 1/6th scale figure. You could almost swear that this is a life sized mannequin, so detailed are the clothes, but the detail doesn't stop there, in fact it goes all the way through the secondaries just as you would expect from HT. 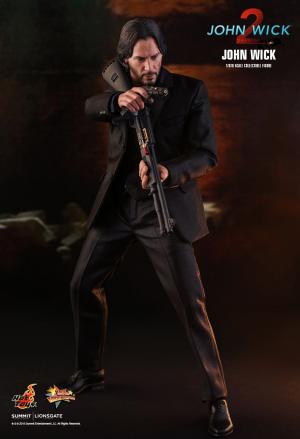 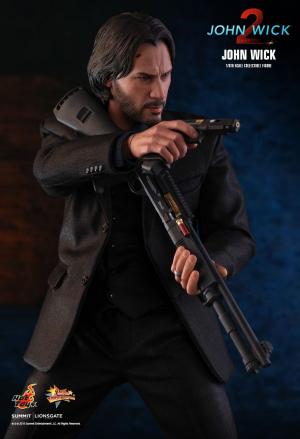 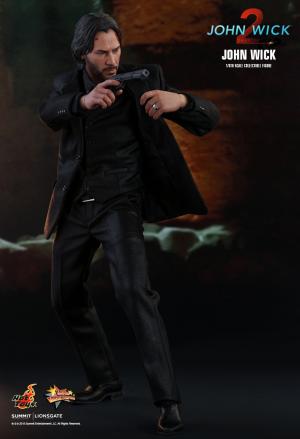 The figure stands approximately 31 cm tall and sports over 30 points of articulations. Not only that but you get an assortment of interchangeable hands including:

You will need all of those hands because with a character like John Wick the weapons make up an integral part of the appeal. 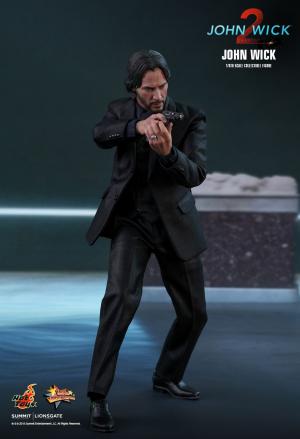 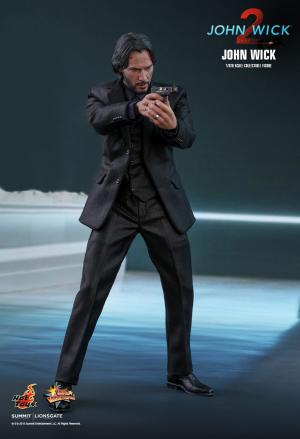 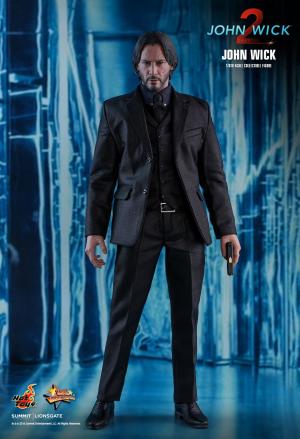 Besides the all of that the figure comes complete with a nice assortment of miscellaneous accessories: 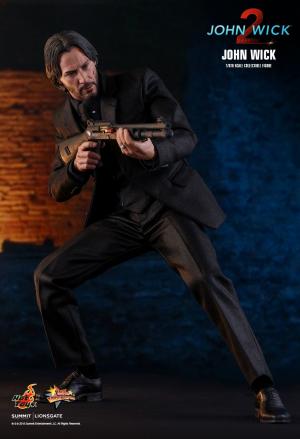 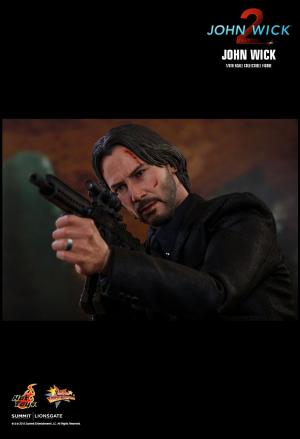 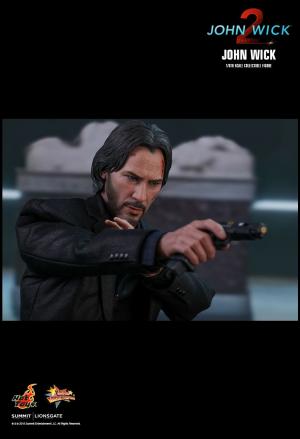 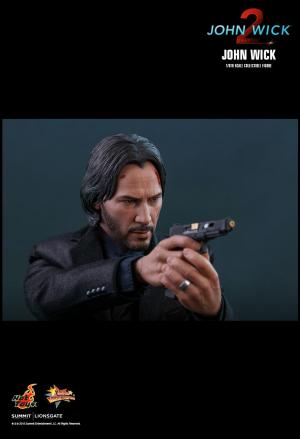