It's time for us to dive back into the Pacific Rim and explore some of the other offerings the franchise has produced. Namely, action figures!

The Battle Damaged Gipsy Avenger stands roughly the same height as the Gipsy Avenger diorama we recently posted about if you take the diorama's base into consideration. That said the action figure holds up remarkably well in the detail and articulation department. With a limited run of only 250 pieces the Gipsy Avenger is willing to show its scars, but only to a select few.

With the scars of a Kaiju battle all over, she stands nearly 8 inches tall and features multiple points of articulation. Packaged on a blister card. Sculpted by BigShot ToyWorks. Limited to only 250 pieces. 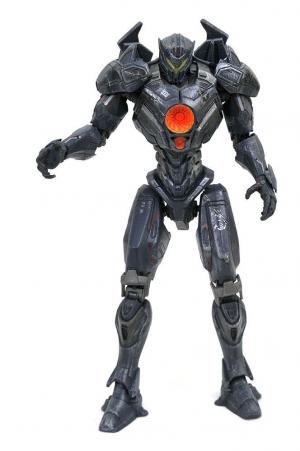 Diamond Select Toys actually made a respectable offering of figures for the film, broken up into three series, you can get an appreciation to the time and effort that BigShot ToyWorks put into creating the line.

DST is preparing for the apocalypse with a line of action figures depicting the film's all-new Jaeger robots! Gipsy Avenger, Saber Athena and Bracer Phoenix make up Series 1, each with a full range of articulation and each packaged in the famous Select packaging, with side-panel artwork for shelf reference. These specialty-exclusive versions include weapons and accessories not available at any other retailer! Don't let the kaiju onslaught take you by surprise! Sculpted by BigShot ToyWorks! 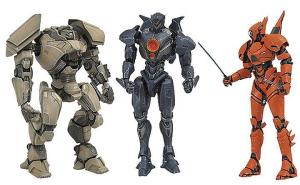 Three new Jaegers are joining the fight against the kaiju menace, and each giant robot is cooler than the last! The mysterious Obsidian Fury with his twin blades, Guardian Bravo with his mace, and Titan Redeemer with his whip each measure between 7 and 8 inches tall, and each features approximately 16 points of articulation, plus interchangeable parts that are exclusively available to the specialty market! Packaged in display-ready Select action figure packaging, with side-panel artwork for shelf reference. Sculpted by BigShotToyWorks! If you are a fan of the the franchise and you have yet to join the uprising you can still find these figures for sale. I have been a fan of mech vs. monster since the glory days of Godzilla so when PR introduced us to the world of kaiju I was onboard and ready to set sail. Hopefully, they will revisit the property some day and our adventure can continue.

Three new Jaegers are joining the fight against the kaiju menace, and each giant robot is cooler than the last! Joining the six Jaegers in Series 1 and 2, November Ajax, Valor Omega and the Kaiju-infected Jaeger Drone each measure between 7 and 8 inches tall. Each figure comes with interchangeable alternate hands, and each features approximately 16 points of articulation! Packaged in display-ready Select action figure packaging, with side-panel artwork for shelf reference. Sculpted by BigShot ToyWorks! 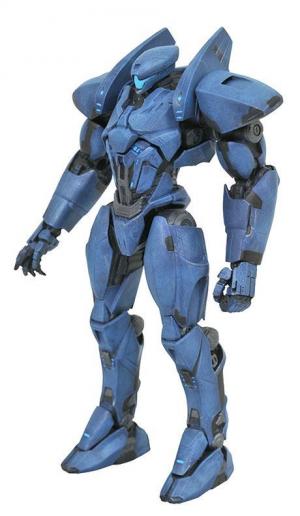 You can view all of DST PRU related memrobillia on their site. 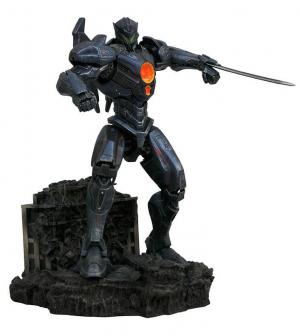 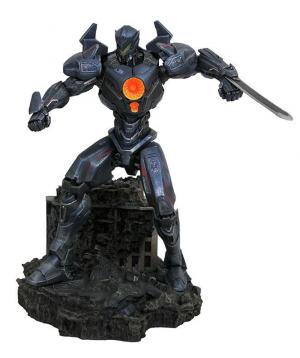